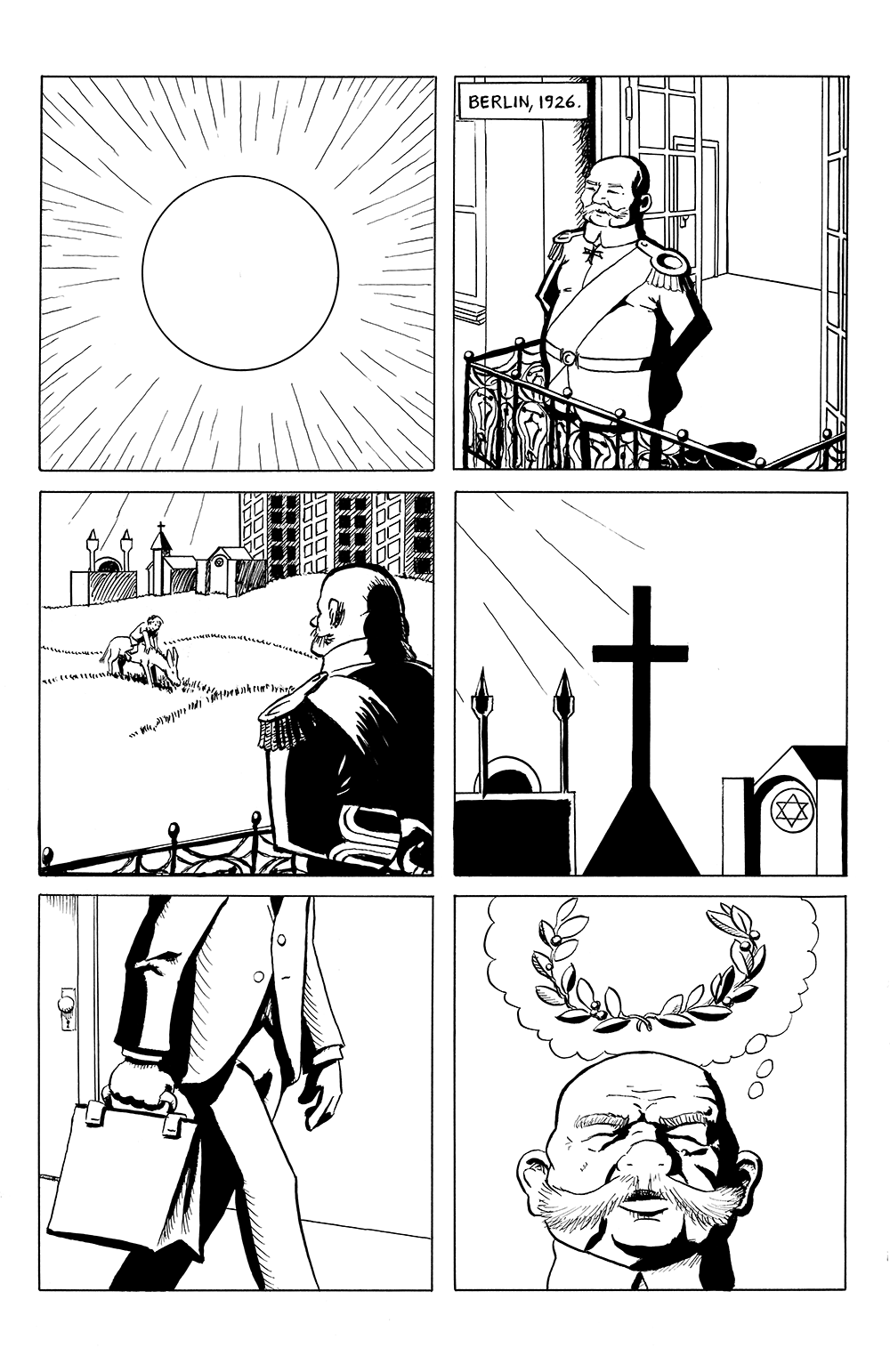 In 1926, George Grosz looked around his native Germany in horror. He saw a bloodthirsty president with autocratic ambitions who coöpted the church, sat in the pocket of weapons-building industrialists, and was abetted by a headless bureacracy.

Reichspräsident Paul von Hindenburg was universally beloved for his role in the Great War, enabling him to skirt the republican constitution’s bounds and rule by cult of personality. The government fed the blinkered public a diet of propaganda. Pursuit of money seemed to eclipse any healthy political values.

Grosz saw where this was going. Although the Nazis weren’t yet in power, a martially-minded president who bridled against international treaties, an amoral tech industry, a government without conscience, and a public who wished to be reassured at any cost all served to mortgage the future and lead to war and death on a catastrophic scale. The unlooked-for Depression only exacerbated the disaster.